Wilfried Westerlinck was born in Leuven on 3 October 1945. He studied oboe and harmony at the Royal Conservatory in Brussels with Louis van Deyck and Victor Legley respectively, complementing this with lessons in orchestral conducting (Daniël Sternefeld), music analysis and studies in form (August Verbesselt) at the Royal Conservatory in Antwerp. From 1970 to 1983, he remained at this institution as a teacher of analysis. Westerlinck also took a course in orchestral conducting with Igor Markevich in Monte Carlo. From 1968, he was mainly active with the VRT (Flemish Radio and Television), where he was responsible for the production and broadcast of chamber and orchestral music until the beginning of 2001. In the 1990s, he was a leading figure behind such radio events as The Night of Radio 3 and Radio 3 in the City. A number of his compositions have received prizes, including Metamorfose (Tenuto Prize, 1972) and Landschappen I (prize from the Province of Antwerp, 1977). In 1985 Westerlinck received the Jef Van Hoof Prize for a song cycle on texts by Bertus Aafjes and the Eugène Baie Prize for his complete oeuvre.

That there is not necessarily a correlation between the size of a composer’s oeuvre and its quality is a fact sufficiently proven by music history. Westerlinck is among those composers who, despite a limited output, have revealed exceptional ability. That was evident early on in Metamorfose for orchestra (1971). The work sets out from a twelve-tone row. The row functions here not as a totality, but rather as a guideline from which free segments could be selected. Thus at the beginning the flute presents the first seven notes in the row, after which the order of these same notes is repeatedly permutated. This leads to a certain degree of melodic and harmonic stasis. This transformation and development of a limited amount of basic material (a motif, a series, a chord) has remained a constant in Westerlinck’s work. In this sense, the title Metamorfose is emblematic of his complete oeuvre. Landschappen III-V (respectively 1980, 1981, 1983), for example, all open with a bi-tonal chord. The symmetrical construction of these chords offers many constructive possibilities for the development process – possibilities of which the composer takes full advantage. Cell development is also a central feature of the three string quartets. After the opening chord of the Second String Quartet (1987), a motif appears, which is first treated sequentially, then extended and finally split up into different components (each of which independently undergoes another development). The same procedure can be seen in the Third String Quartet (1994). The two-note motif in the first bar returns in a varied form already in the second bar. Bars 3 and 4 in turn are variations on bar 2, and so on. What distinguishes Westerlinck from other composers who apply such procedures (Beethoven, Brahms, Schönberg) is the striking absence of counterpoint. This brings us to a second constant in Westerlinck’s music. A complex contrapuntal development would only hinder the free unfolding of the lyrical phrase. This is certainly the case when in the course of the 1980s, percussive rhythm was obliged to yield more and more territory to cantabile voice leading (as in Canto II for cello solo, or the horn part in Landschappen I). The carefully arranged chords are thus mainly in the service of the self-unfolding melody line, serving mainly to add colour. For this harmonic material, the composer draws on repertoire from the first half of the 20th century: atonal chords (sometimes chromatic clusters, as at the beginning of the second movement of the String Quartet No. 2), bitonal chords (Landscape cycle), “major-minor” chords, but often also hidden, tonal triads (Preludio per una danza antica for piano four hands). The attention to colour and timbre is further expressed in the instrumentation. Here Westerlinck has never allowed himself to be seduced by unconventional playing techniques. In Landschappen I-IV, the timbre possibilities of the various chamber-music scorings are subtly explored. The “natural” sonority of the instrument (or ensemble) is given priority over innovation and experimentation. This is equally evident in more recent works such as Talisman for clarinet solo (2001).

Another characteristic in Westerlinck’s work, unnoticed until now, is his recycling of his own material. In works with the same title (such as Canto I and Canto III), this may come as no surprise. More surprising perhaps are references such as: the sections from the Epigrammen that surface in the Third String Quartet and in Pierrot; the concluding motif of Landschappen I that serves as a basic motif in Maclou; the descending progression of the complete chords on e, b, g, c-sharp, previously used in a youthful work, since destroyed, but which also appears in Landschappen I, Bagatellen and Three Choral Fanfares.

Despite the fact that he makes use of a very modern musical language and technique in a number of works (for example, serial techniques in Elegie van de Zee en van de Liefde; the aleatoric elements in the middle movement of Metamorfose and in Landschappen I; the extremely disjointed melodic progression of the trombone in “S”), he is far removed from the avant-gardisme of some others of his generation. His treatment of the musical material is in fact strongly rooted in the 19th century and the first half of the 20th. And yet Wilfried Westerlinck is not a postmodernist. Whereas the champions of this movement invariably call into question the musical work of art through the use of all manner of ambiguities, Westerlinck remains faithful to the concept of an art without masks or pitfalls. 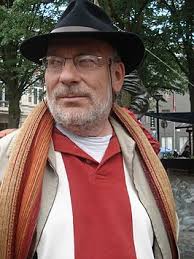